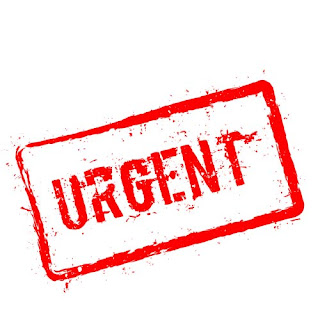 As anyone who has started a business can tell you, there’s a certain urgency in those early days. You’re organizing your company, you’re marketing your product or service, you’re doing whatever it takes to get your business up and running and be successful. The same thing happens in established organizations as people create and deliver new products and services. It’s often an intense and heady time, and when a project is complete or a product successfully launched, it is natural to want to sit back, take a breather, and bask a little in that success.

I don’t know that we recognized it for the danger that it was to our success at the time, but we have been guilty of falling into a state of complacency. “We’ve finally made it,” we thought. “We can slow down now and settle into a routine of fulfilling orders. We’ve beaten the competition.”
At the time, we didn’t realize the consequences of this thinking. Complacency leads to a desire to maintain the status quo and/or to let things run on autopilot. You start ignoring the marketplace with its changes, opportunities, and challenges. Throw in the recession that really hit businesses hard around 2008, and we were lucky to stay afloat.
There’s a great book by John P. Kotter that addresses this issue, titled A Sense of Urgency. In the book, he outlines one strategy and four tactics that every organization should implement to deal with the inevitability of change in an effective way. The tactics offer a way to stay on high alert with your business, without creating a false sense of urgency, meaning people are moving to act, but often with the wrong intentions (I need to protect my job!) or characterized by frenetic activity that doesn’t really address the real issues, but causes a lot of frustration, anger, and angst.
First, the strategy: Aim for the heart before the head. What does this mean? You can present PowerPoints, tables, any number of data to show why your organization needs to get moving, but no one is really swayed by facts and figures. Touch people’s heart and they will act with urgency. Think about it. When you are solicited by a crowdfunding campaign, is it the health diagnosis that inspires you to make a donation, or is it the story of the heartache or challenges that a family is now dealing with? It’s the old cliche about pulling at the heartstrings. It’s knowing your WHY.
Now the four tactics:
It may not seem like it from day to day, but complacency and its accompanying procrastination can run your business into the ground. Operating with a sense of urgency can keep your company at the top of its industry and ahead of your competitors in a world where change is happening faster and faster every day.
TechniGrafic Solutions, Inc.
Internet Marketing and Lead Generation
www.techsolinc.com